The CadMouse Pro Wireless is a full-size mouse, and it looks big. Sometimes, you’ll buy a mouse on looks and button function. You’ll take it home, and after a few months of sustained CAD use, you think that it just seems too small. This is common with the mice you see specifically marketed ‘for notebooks’ that are designed for use by hobbits, and other small creatures from Middle Earth. Not so with the CadMouse Pro Wireless. Yes, it IS big, but it’s a large full-size mouse that’s fits really well in the hand, cradling the palm beautifully and allowing the thumb to reside nicely in the thumb rest on the side. Pros: This software is relatively intuitive--even for someone who has never used any type of CAD software before. However, because of the many different features of this software, it can take quite a while to master all of the things you might want to do with this application. Also, this is a very powerful software application and the 3D tools available put it on near par with much more expensive professional-grade CAD systems. CAD company IMSI Design has released the 2018 version of its TurboCAD suite of 2D drafting and 3D modeling applications. TurboCAD 2018 is offered in four versions: TurboCAD Designer 2D, TurboCAD Deluxe 2D/3D, TurboCAD Expert, and TurboCAD Pro Platinum. In this article, we’ll take a first look at some of the new features and capabilities offered in TurboCAD 2018, with a focus on Pro Platinum.
LEARN MORE Reviews (0 comments)

"In 2015 we developed and launched CadMouse, the first desktop mouse specifically designed for CAD users. Today we are proud to announce the CadMouse Wireless, which incorporates the advanced features of the CadMouse while meeting the specific requirements of a mobile CAD workplace”, says Antonio Pascucci, VP of products at 3Dconnexion. “In this way, we offer our customers a high precision tool without the need to compromise for a mobile setup”. 3D printing is making its way into educational curricula around the world. As more students gain access to technological training early in their educations, the younger generations will be more prepared for the higher-tech future ahead of them. A well-educated workforce, after all, is the best way to overcome a lingering skills gapas technologies including additive manufacturing continue to develop quickly. The educators at the forefront of these efforts are paving the way for a spreading focus in the STEAM curriculum

3Dconnexion and Vectorworks—The Next Power Couple?

It used to be that all the nifty power CAD user hardware—outside of Apple’s tank-crushing old Power Macs—was built specifically (or first) for Windows users. That left many Mac users drooling and often out of luck. But times are changing.

At the top, there is no room for second best. The world’s premier firms demand the highest level of performance from their engineering teams. There are no excuses for missed opportunities or subpar output; there are only results.

Wacom’s new Bamboo Spark is great fun to play with. It’s a new take on graphics tablet technology where your pen and paper notes and sketches are converted straight to a digital image on your device. As Gizmodo’s resident cosplayer I went hands-on with the Spark, using it to design one of my planned costumes for next year. 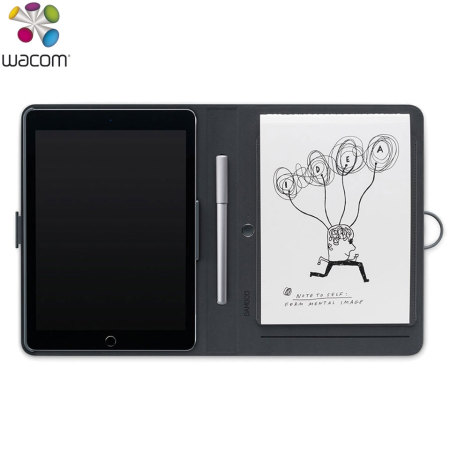 The Cintiq 13HD Creative Pen and Touch has now been officially released in Australia and is the perfect choice for creative professionals, and like the original 13HD Pen it offers a truly unique experience. This version comes with a high resolution LED display and the Pro Pen; it gives a natural pen and paper feel when working much like most of the Wacom Graphics Tablets these days.
LEARN MORE Reviews (0 comments)

Digital3d.com.au is pleased to announce a new partnership with MSI as an Authorised reseller of MSI CAD & 3D Design mobile workstations. MSI has been leading the industry with unrivalled performance and outstanding design; MSI’s 3D Design/CAD Series of Mobile Workstations offer customers Mobile Workstations with great specs at a competitive price, without comprising on build quality.
LEARN MORE Reviews (0 comments)

The 3Dconnexion CadMouse is said to be the first mouse designed specifically for CAD users.

The 3Dconnexion CadMouse is said to be the first mouse designed specifically for CAD users.

“We took the time to understand what [CAD users] needed before developing a combination of smart hardware and software features,” says Antonio Pascucci, vice-president of products at 3Dconnexion, the company known for its SpacePilot, SpaceMouse, and SpaceNavigator 3D navigation devices.

With the strap line “Fire up your creativity!” it seems Fuel3D, the company behind a new affordable 3D scanner with all the bells and whistles, is already there and encouraging us to join them.

The company launched its Kickstarter campaign late last week in a bid to fund production of the Fuel3D handheld scanner and it seems they have pitched it rather well because the $75k target has already been exceeded, and then some. At time of writing pledges total $166,408, with 26 days still to go.